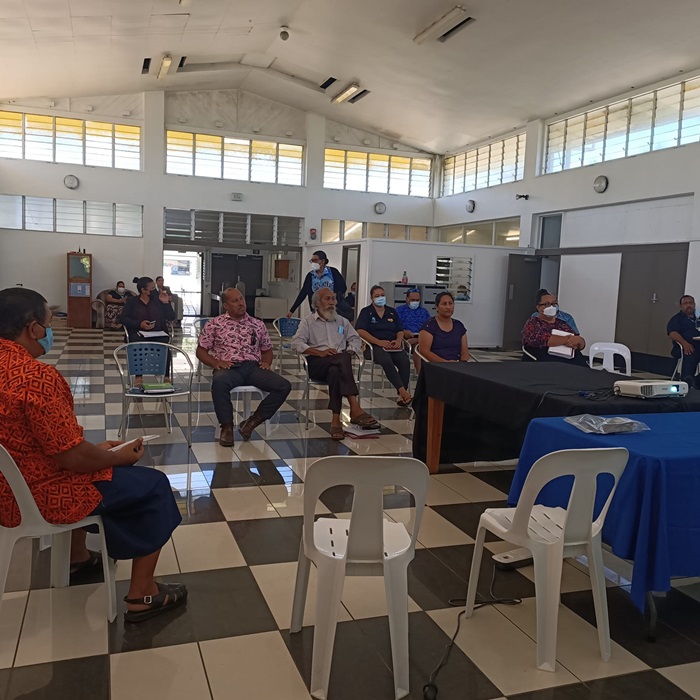 Written by Esther Pavihi. NIUE, 7 September 2022 (TV NIUE) --- One of the key public responses to the government's review of the Immigration law is the need for clarity on the responsibilities of sponsors.

Two weeks agoa series of public consultations were held with the representatives from the 14 village councils, NGOs, and representatives from government departments to discuss whether or not the current ten-year-old immigration law is responsive to the needs of the country and migrants wanting to make Niue home.

A team of experts from the Pacific Immigration Development Community (PIDC) was on the island two weeks ago especially to help the Department of Immigration with the initial stages of the review. Chief Immigration Officer Kim Ray Vaha told BCN News that the review is timely given the changes that are happening globally with labour mobility and migration.

Vaha said that the public consultations were held in one week and that he was very pleased with the response from the community and government representatives and grateful for the assistance of PIDC. The process also provided the opportunity for the department to respond to questions from the public such as the way permanent residence status is granted.

Chief Immigration Officer Kim Ray Vaha said that one of the most common questions from the public consultations is about the responsibilities of sponsors.

Sponsors who fail to comply with this law will face penalties of up to two years imprisonment or a fine of up to $10,000.

Vaha said that recommendations in the current review will be to make specific provisions in the law, for example, having three categories of the sponsor, family sponsors, a spouse as a sponsor, and an employer.

He told BCN News that they are aware of some of the challenges facing employers on the island, such issues as accommodation for their employees. Vaha said that Niue, like many countries around the world, is increasingly depending on foreign workers and professionals to do the work, but the major issue in Niue is the lack of appropriate accommodation for these workers.

In the current law, New Zealanders who are not indigenous Niueans must wait ten years to attain permanent resident status. Meanwhile, Niueans who are New Zealand citizens at birth are entitled to enter and reside in New Zealand.

BCN News understands that part of the discussions is the consideration of a reciprocal immigration policy for non-Niuean Kiwis who marry or are married to a Niuean or those wanting to migrate to Niue.

Kim Ray Vaha said that the PIDC will provide a report of their findings to the Minister and Department of Immigration in the coming weeks before the process with the law drafters will commence.