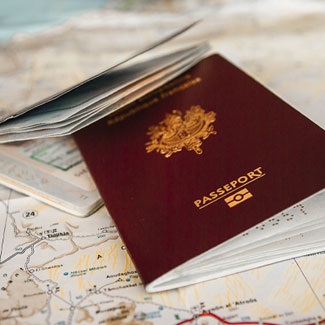 They did not want to comply with the new measures of handing over their passports to the Immigration officials on arrival and collect it the next day, after paying the required Vt20,000 (US$175) fees to the Government.

A reliable source told the Daily Post that the potential investors would rather pay the Vt20,000 fees at the airport and keep their passports, than surrender their passports and collect it the next day which they feel should not be part of the immigration or the government measures.

The investors questioned what would happen if their passports went missing. They also said sometimes Vanuatu have long weekends with public holidays at the beginning of the week and moving around without their passports, especially in business world is not a good practice anywhere in the world.

The potential business investors even suggested it may be helpful on both sides if the government, through its appropriate authorities institute a system at the airport whereby the potential business investors still pay the required Vt20,000, but to reliable government cashier or through an arrangement with one of the local banks that open during the international arrivals.

This, the investors say, will be the best way for the purpose of ensuring fees of Vt20,000 paid by potential investors is kept safe by government cashier and at the same time, the investors keep their passport which is their personal important document.

In response to the issues, the Ministry of Internal Affairs (MOIA) has directed the Immigration Director to liaise with the Ministry of Finance, who has greater responsibility for the Government revenue collection, to put in arrangements whereby Government Cashiers must be present at the airport and to be responsible for the collection of Vt20,000 from potential investors and the issuance of the official receipts, during international arrivals.

MOIA officials say the Ministry recognises the importance of facilitating potential foreign investors coming into Vanuatu to do business, and at the same time, the importance of ensuring safe collection of government revenues deriving from the Vt20,000 fees.

The officials have already directed the Immigration Director to liaise with the Ministry of Finance to have arrangements for government cashiers to be present during international arrivals. This will mean potential business investors will pay the Vt 20,000 fees on arrival at the airport and can keep their passport.....PACNEWS